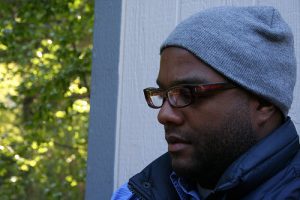 Moon Molson is an award winning producer, director and writer. Moon was named one of Filmmaker Magazine’s “25 New Faces of Independent Film” (2007) and has been awarded 89 awards for his work from various film festivals and organizations. In 2018, Moon was nominated for the John Cassavetes Award Film at the Independent Spirit Awards and in 2015, won the Best Producer Award at the Martha’s Vineyard African American Film Festival for his work on Advantegous. Most recently, Moon won the Screenplay Competition Award – Honorable Mention, Best Screenplay for Johnny Ace at the 2018 Urbanworld Film Festival and in 2017 won the Tony Cox Award for Screenwriting, Feature Screenplay for Johnny Ace at the Nantucket Film Festival.