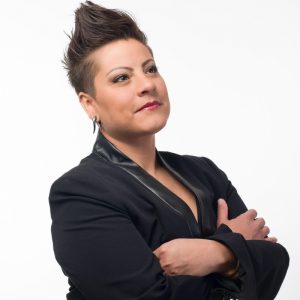 Magaly La Voz de Oro started singing publicly at the age of nine and was named “La Niña de la Voz de Oro” by La Opinion due to her moving and powerful voice. Magaly believes that music is a universal way for all beings to connect and as an artivist believes in “Encouraging Change Through Entertainment.” She has appeared on the Starz’s television show Vida and featured the songs Death and Taxes, Sin Poder Amar and Cariño Sin Igual on the show. Currently, Magaly’s musical journey, from her humble musical beginnings to a queer and out mariachi artist, is being documented for a feature documentary project.