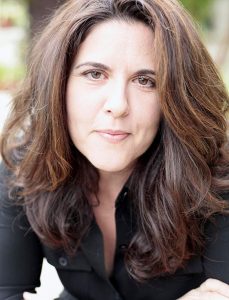 Dava Whisenant is a filmmaker working in Los Angeles and New York. She recently completed her feature-length directorial debut with Focus Features’ award-winning documentary comedy Bathtubs Over Broadway, executive produced by Blumhouse, David Letterman and Impact Partners, for which she received the Albert Maysles Award for Best New Documentary Director at the 2018 Tribeca Film Festival and the 2019 Writers Guild Award for Best Documentary Screenplay.

Dava has worked in both narrative and nonfiction film for over 20 years, with an emphasis on music and comedy. Dava’s other music documentaries include the Grammy®-nominated blues and civil rights film Two Trains Runnin’ that she produced and edited for director Sam Pollard, the 3D rave documentary Under the Electric Sky (Sundance 2014) and an American Masters film about Merle Haggard. She is also a 2016 Sundance Fellow.

Dava began her work in features as an Editorial Assistant for Steven Soderbergh’s Solaris and on his segment of the film Eros. She went on to do Additional Editing for the comedy Puccini for Beginners, in competition at Sundance in 2006, and she was the Editor of the feature film Benji: Off the Leash, directed by the creator of the original Benji franchise.

Her nonfiction work covers a wide range of subjects, from the wild life of a country music icon to the comical world of karaoke fanatics, a family’s struggle with Early-Onset Alzheimer’s disease, and the debate over shock therapy. She was the Supervising Editor for the first two seasons of NBC’s Emmy-nominated docu-series Who Do You Think You Are? and she was the Supervising Producer and Editor for the US version of Hairy Bikers, a hybrid travel/food/history show produced by BBC Worldwide.

​Dava’s diverse experience includes several years as a freelance editor at The Late Show with David Letterman and as the Associate Editor of the NBC pilot Lipstick Jungle, directed by Gary Winick. Her work has been seen on CBS, NBC, PBS, SHOWTIME, BRAVO, MSNBC, HISTORY, VH1, and DISCOVERY, among others.