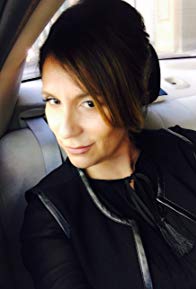 Born and raised in Puerto Rico, Award-winning bilingual writer/producer, Charo Toledo has nearly two decades of experience in the entertainment industry working on a variety of projects for film, television and theater. Charo Toledo has worked in the general market and Latino market both in scripted and non-scripted shows.

She is a consulting producer for Facebook’s Confetti Mexico, a live trivia game show for Mexico with more with more than 4.7 Million Facebook followers. In 2018, she worked on the first Latina talk show on wheels, the Kiki Mobile for FYI network. In addition, Charo Toledo produced the groundbreaking Univision show La Reina de la Canción, whose ratings beat Dancing with the Stars and The Voice on its premiere. In 2015-16, Charo Toledo was the consulting producer for NBC Universo’s El Vato, a scripted-drama, inspired by El Dasa’s incredible real life story, following an aspiring singer, El Vato, as he navigates life in Los Angeles after landing a once-in-a-lifetime record deal. El Vato is a global hit and can now be seen on Netflix.

Charo Toledo was a writer/producer of the highly acclaimed Hulu hit series, East Los High.  She received a 2016 Impact Award, a 2015 Sentinel Award, and five Emmy Award nominations for her work on the series.

Her film credits include co-writing/co-producing the romantic comedy, Pop Star, and the film East Side Story. This independent production was a festival favorite, receiving more than ten awards. In 2009, she received a GLAAD Award for her work on East Side Story.

Charo Toledo has written dozens of episodes for numerous television series including the ABC long-running daytime series One Life to Live and Port Charles, and the Telemundo series, Mas Vale Tarde, Viva Vegas and Solo en America. Additionally, she has produced Camino a la Corona/ Miss Universe and the 2011 Latin Billboard Awards, Minuto Para Ganar for MundoFox and Noches con Platanito for Liberman Broadcasting; as well as writing and performing her critically acclaimed semi-autobiographical play, The Princess Within.