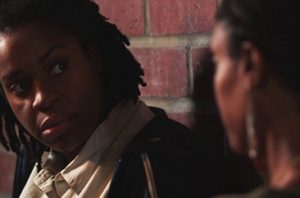 Crossover is a FUTURESTATES film: In a future where schools are segregated by economic status, a struggling mother must decide whether to sell her own organs to give her children a better education. Crossover premiered at the 2012 Tribeca Film Festival.