Children of the Northern Lights 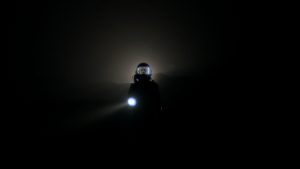 Children of the Northern Lights is a FUTURESTATES film set in the future: Two astronauts on a prospecting mission to find a new supply of energy crash land on a distant planet, where alien beings offer a chance at a survival — but at a great cost.